Flat panel detector is the most important core part of DR technology, which plays a decisive role in imaging quality.Plate detector is a kind of precise and expensive equipment, which plays a decisive role in imaging quality. Being familiar with the performance index of detector is helpful to improve imaging quality and reduce X-ray radiation dose.A ghanaian customer consulted a digital wireless plate detector, which was used with mobile DR.
Flat panel detectors appeared in the 1990s and were used in the medical field before moving to non-destructive testing.The device is a very good thin-film semiconductor detector based on the composite Guidimensional array, which is composed of disks, its width and the length of each pixel, the size of the human hair as a unit of X-ray exposure represented by the pixel, and each pixel captures the storage charge, and each pixel can be digitized.From the point of view of energy conversion, it can be classified into two types: direct conversion plate detector and interconversion plate detector.
The flat detector is covered with a scintillator (cesium iodide) or fluorescent material, followed by a layer of amorphous silicon with photodiodes and, at the bottom, a charge readout circuit.
After the X-ray incident, the scintillator or fluorescent material on the surface of the X-ray detector converts the X-ray photons into visible light (there will be the phenomenon of light scattering, which affects the spatial resolution of the image), and then the amorphous silicon converts visible light into storage charge.
The flat plate detector produced by Newheek can be used in medical, animal and other fields.It can be divided into wired and wireless models.
We believe that our flat panel detector can meet your different purchasing needs. 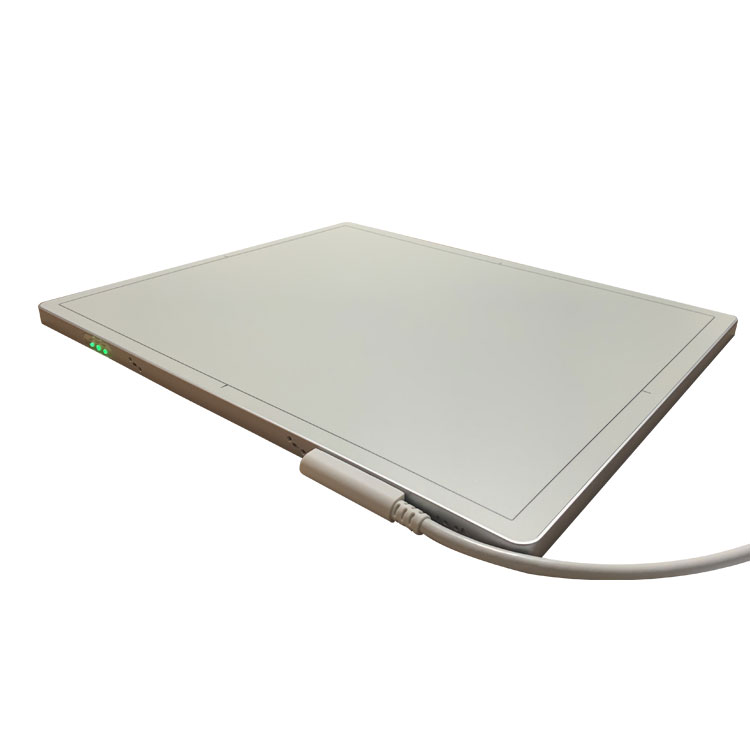