I recently received a call from a customer saying that he wanted to provide a set of mobile DR. First, he added the customer’s contact information, and then asked the customer to send the corresponding device picture. From the picture, it can be seen that the customer uses a mobile DR. The high-frequency X-ray machine head is accompanied by a mobile frame that can be equipped with a flat panel detector. Ask the customer whether they want to buy a wired board or a wireless board. The customer asks how the wireless board is connected. The customer replied that the wireless board was connected to the computer via WIFI for diagnosis and then output through the film printer. The customer thought for a while and decided to come from us Procurement of wireless flat panel detectors.
Flat panel detectors can also be divided into many types, one is amorphous selenium flat panel detector, and the other is amorphous silicon flat panel detector, which is indirect digital X-ray imaging. Its basic structure is that the surface is a layer of scintillator material (cesium iodide). Or sulfur oxidation), the next layer is a photodiode circuit made of amorphous silicon, and the bottom layer is a charge readout circuit.
The scintillator on the surface of the detector converts the X-rays that have passed through the human body and then attenuates into visible light. The amorphous silicon photodiode array under the scintillator converts the visible light into electrical signals, forming a stored charge on the capacitance of the photodiode itself. The stored charge of each pixel is directly proportional to the intensity of the incident X-ray. Under the action of the control circuit, the stored charge of each pixel is scanned and read out, and the digital signal is output after A/D conversion, which is sent to the computer for image processing to form an X-ray Digital imaging.
Another classification method is divided into indirect conversion flat panel detectors and direct conversion flat panel detectors. Direct conversion of the incident X-rays from the flat panel detector causes the selenium layer to generate electron-hole pairs. Under the action of an external bias voltage field, electrons and holes The opposite direction moves to form an electric current, and the electric current forms a stored charge in the thin film transistor. The amount of charge stored in each transistor corresponds to the dose of incident X-rays. Through the readout circuit, the amount of charge at each point can be known, and then the X-ray dose at each point can be known. Since amorphous selenium does not produce visible light and has no influence of scattered rays, a relatively high spatial resolution can be obtained. In the final analysis, the flat panel detector is an imaging device that replaces the x-ray machine of the cassette. X-rays pass through the human body and hit the flat panel detector. The doctor connected to the computer can print according to the actual situation. 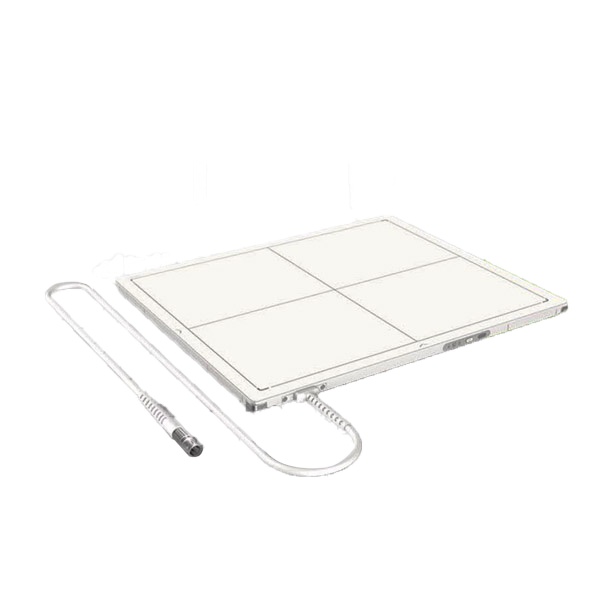 Previous: A customer inquires about the export of wireless flat panel detectors to Southeast Asia Next: Introduction to our Newheek wired X-ray detector